Many people believe that insurance, a method of equitably transferring and distributing risk, started with Lloyds (the “world’s specialist insurance market”) in the late 1600’s, as a means of funding and securing the risk of trading vessels as they set out on their journeys to the New World. Of course, Lloyd’s, then, was nothing more than a coffee shop founded by Edward Lloyd, where city gentlemen (whom we might now call venture capitalists) would meet to discuss and provide funding for future voyages in return for a guaranteed share of the profits.

This basic system for the funding of those early voyages can be considered as the first emergence of “underwriting” as those investing in the New World voyages signed on the bottom of the ship’s manifest for the share of the cargo they were willing to accept responsibility (and return) for, usually spreading their own risk by taking shares in a number of voyages.

However, historic records show that Chinese and Babylonian traders first used simple methods of risk transfer and distribution between 2000 and 3000BC. The Babylonian system was recorded in the famous Code of Hammurabi around 1750BC, whereby merchants received loans to fund their shipments, paying the investors a sum in exchange for the investors agreement to cancel the loans in the event of the shipment being lost at sea or stolen. 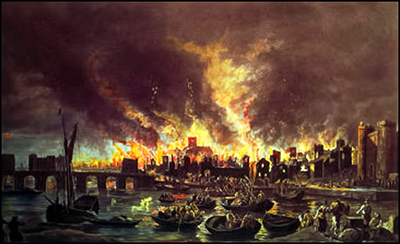 Returning to the 17th Century, as a response to the chaos that followed the great fire of London that destroyed almost 14,000 buildings, those “underwriters” which had dealt exclusively in marine insurance formed companies that offered fire insurance and thereafter quickly expanded their operations into other areas of insurance. For insurance to establish in America it took a further 100 years, with Benjamin Franklin exerting a considerable influence over its foundation and development; but that’s another story.

In this modern world it would be rare indeed to find someone who has not purchased some form of insurance, whether it be for their car, home, life or business. Insurance gives us the financial security against fortuitous, calamitous and sometimes tragic events with insurers providing policies for these risks, and many, many others.

But would you believe that insurance can also be obtained against the possibility of alien abduction or the possibility of a virgin birth in the event of the second coming of Jesus Christ, an “immaculate conception” policy? Or perhaps death by excessive laughter at the cinema is more your sort of thing; yes, there’s a policy for that too.  Hopefully these interesting, weird and quite possibly useless insurance facts tickle your fancy.

Wedding insurance is available if you want it (for when your prospective spouse cancels their “prospects”), and “hole-in-one” coverage should you fear getting that elusive golfing feat and having to cough up the dough for the round of drinks in the clubhouse afterwards.

The more senior amongst us may vaguely recall that Betty Grables’ legs were insured (for USD 1million each, in the 1940’s) and the practice continues to this day.

Many celebrities insure their famous body parts or talents, and just some are highlighted below, but trust us; there are many, many more examples.

Other notable insurances include:

We hope you have enjoyed this light-hearted, and our first, blog entry of 2015.

From all of us at Trafalgar International, we wish you, your family and loved ones a very happy new year, and may you be successful and prosperous in all that you do.

About the Author: Trafalgar